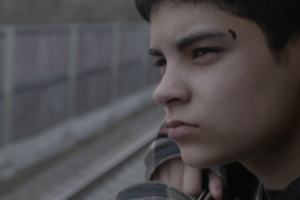 Fifteen-year-old Roma transsexual (FtM) Martin is running away from home, hoping to start a new life in Prague.

Fifteen-year-old Roma transsexual (FtM) Martin is running away from home, hoping to start a new life in Prague. The old man, the only other passenger in the train compartment, is the last person from who would Martin expect to find some understanding. Yet slowly they find a soul mate in each other.

This is an engaging short film about an extraordinary meeting of two lonely people. It’s central message is that diversity is something that should enrich, not separate people. 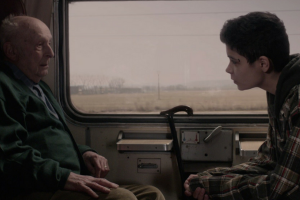 In 2009 Tereza Pospíšilová finished her bachelor’s degree at the Faculty of Multimedia Communications in Zlin, specializing in film directing and screenplay writing. She did her  filmmaking internship at the Fachhochschule Dortmund from March 2010 until March 2011, and earned a Master’s Degree in Film Directing in 2015.

Tereza obtained experience working on many projects at Fachhochschule Dortmund, and learned to work as a director in an international setting. In her movies Tereza tries to show uncomfortable social topics, for example, the search for identity, sexuality, and trust in interpersonal relationships. She tries to highlight things of which people may be unaware or don’t want to see to help tear down the divide. She is also very interested in documentary movies and social commercials as a means for social activism. 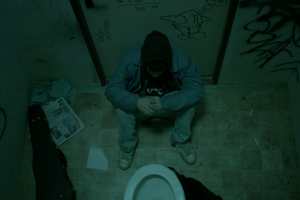 Film of the Week stands apart from the Official Selection process into the New Renaissance Film Festival. Being selected does not guarantee a place in the festival. However, from all the films of the week some will be chosen to be part of the festival, which will be held in Amsterdam (NL), in March 2017. A prize will be given to the overall winner.

Filmmakers will be notified in early January 2017 if they have been selected. The festival will take place in Amsterdam on the 3rd, 4th and 5th March 2017.