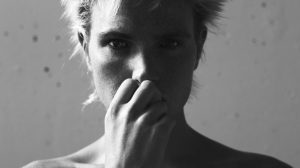 Meet the star and director of moving biopic Lucy: My Transgender Life

The documentary won Best Reality Performance at the New Renaissance Film Festival, and will screen in London at Fringe! Queer Film & Arts Fest on 4 April.

Congratulations to director Melinte Reitzema of Cours Films and Lucy Fizz who attended the New Renaissance Film Festival in Amsterdam for the Dutch premiere of ‘Lucy.’ This is just the start of an amazing journey for this emotional documentary.

The Second Edition of NRFF Amsterdam 2018 is now open for film and screenplay submissions.