LIGHTNING BUGS IN A JAR

When a mother and son with a caustic history are reunited to pack-up their old house, sparks fly as long-buried secrets are revealed. 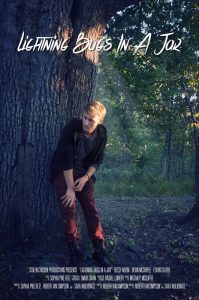 When a mother and son with a caustic history are reunited to pack-up their old house, sparks fly as long-buried secrets are revealed.

Although ‘Lightning Bugs in a Jar’ was made just prior to the historic Supreme Court rulings of June 26, 2015 (giving Americans across each state equality in the freedom to marry), the romantic relationship that it portrays between two young men is one that is very much of the immediate present, perhaps even the future.

“Truly, this is a story about the epiphany of love (in varying forms), universalized through the eyes of a person who should no longer be considered a minority.”

Never is the protagonist’s sexuality questioned or addressed. The fact that he happens to be gay is not a political statement.

Robert Ian Simpson received his MFA from the American Film Institute Conservatory in 2007 and earned BAs in both Film and Psychology from Vassar College in 2005. His First Year screenplay at AFI, MOTHER OF FRANKENSTEIN (since retitled THE MONSTERS OF MARY SHELLEY) was awarded the William J. Fadiman Prize for “outstanding achievement in screenwriting,” and has been his primary ‘labor of love’ for the past eight years.

Other feature scripts that Ian has written include BELOW THE WAIST, the recipient of several awards including the BlueCat Screenwriting Competition’s Grand Prize. His passion for directing has been lifelong, but was honed by acting workshops with Rob Spera in Los Angeles. 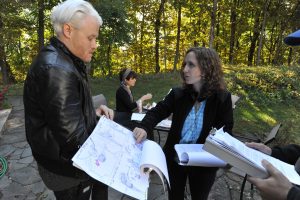 Sara Wolkowitz is an independent filmmaker and theater director with a BA in Film from Vassar College ’05. Marrying her two loves, film and theater, she directed her first feature documentary, STILL ON THE ROAD, about America’s longest touring theater company, The Acting Company. It premiered at Lincoln Center in January 2011 and is currently airing on PBS.

Most recently, Sara co-directed a promo trailer starring Gillian Anderson for an upcoming children’s television show. She has been recognized for her short films, which have appeared in such festivals as the South by Southwest Interactive Festival, the Los Angeles Women’s Film Festival, and the Hawaii International Film Festival.

She has directed videos for non-profit organizations including LitWorld and NARAL Pro-Choice.

In 2011, Sara directed a new documentary web series, DIARY OF A CHORUS GIRL, about Alex Ellis, who made her Broadway debut in the musical CATCH ME IF YOU CAN. New York theater credits include THE ULTIMATE STIMULUS (FringeNYC 2014, Under St Marks, DixonPlace), REALLY ROSIE (The Mint Theater), and BROOKLYN LABYRINTH (The Chain Theater, the BoCoCa Arts Festival).