First 10 Pages of Your Screenplay 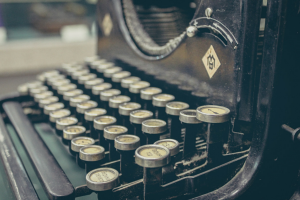 In this blog, award-winning writer/director Jan Hendrik Verstraten, discusses how to write the first ten pages of your screenplay and why it’s so important to get it right.

As a filmmaker and a festival director I visited Worldfest in Houston last month. Besides the many films that were shown, the festival had organised quite a number of masterclasses just like we here at NRFF London are going to do in August.

While I was there, I sat in on Casey Kelly’s class. Casey is a veteran screenwriter who has worked for all the major TV networks over the years, and she jokingly said that all script readers in Hollywood are in their twenties nowadays, and if you want to get through to them you better grab their attention fast. REAL FAST, and within the first three pages.

It is a well known fact that busy industry professionals will not read more than the first ten pages of a script if you are lucky. It’s your job as the screenwriter to engage the reader in such a way that he or she wants to keep on reading after that, if not, you have failed as a writer. And to be fair, I totally agree with this.

It is within those first scenes that you have to introduce the reader to the main ideas and premises of the story, its genre, the protagonist, and his world.

MAKE THE READER CARE ABOUT YOUR CHARACTER’S JOURNEY

You will have to start to introduce the dramatic situation, and most importantly you have to make the reader get involved with the protagonist and make the reader care about his journey. And all of this in such a way that all these different ingredients become one powerful story in which every detail contributes to the whole and ‘sparkles’ on its 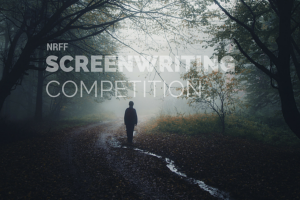 Impossible? For most screenwriters it may feel like that at times. It’s definitely a craft, and one of the most difficult
one to master.

HOW TO GET IDEAS FOR A THRILLING OPENING

You could watch the opening scenes of your favourite movies, and see how they do it. Unfortunately you can’t add a great filmscore to your words, but you have your skill as a writer. Draw your readers in into the world of your imagination. Make them care, surprise them, move them, and inspire them.

JAN HENDRIK VERSTRATEN is an award-winning screenwriter/director based in London, England. He is also one of the directors of the New Renaissance Film Festival in London and Amsterdam.

Nurturing inspiring artists, stories and storytellers is what we at NRFF love to do. If you are a writer, producer or director we can help you to ensure that your script is the best it can possibly be before you make your submission.

We have carefully selected script analysts who are at the top of their profession and working right now in established film and TV production companies. They are experts with a proven track record who will be able to advise you on (1) whether the script is actually good enough to be released to the industry, and 2) how it can be improved.

Our quality recommendations are honest and constructive and will help maximise the chances of your script being accepted by the industry.

Try out our First 10 Pages of a Feature service. Click here for details.

Alternatively you can enter your script into NRFF Amsterdam 2017 or NRFF London 2017  (tba). NRFF is currently ranked in the top #20 film festivals on Film Freeway from more than 5000+.

Click here to see what people are saying about NRFF.