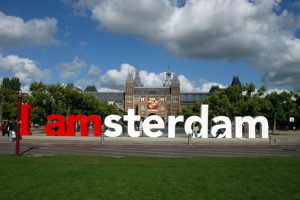 From 3 to 5 March 2017 our city hosts another great cinema event: the New Renaissance Film Festival (NRFF). There are more than 100 films in the line-up, including short (international) films, feature films and documentaries from independent filmmakers and screenwriters. All of this is happening at LAB111, the perfect home for a festival focused on creating opportunities for stories of a ‘different’ kind.

As a genuine movie lover, I prefer to watch films and documentaries that give me food for thought. An hour and a half spent in the cinema gives me a way to escape reality for a little while. Sometimes it’s pure relaxation, but often it gives me inspiration, a different outlook on life, a glimpse into someone else’s life, or maybe it touches a nerve. This is exactly the kind of stimulation you can expect from the New Renaissance Film Festival: an event that no indie movie lover will want to miss. Massimo Barbato, one of the event’s founders, recently talked to me about the festival and its films.