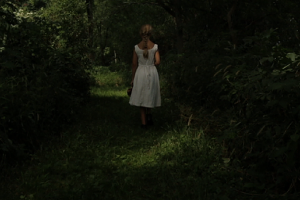 A father, mother, and child lead their life in the midst of remote landscape. The prairie breathes its natural rhythm just like the family does. The young girl wanders around the land’s confined infinity. What seems like an innocent exploration becomes a confrontational awakening. 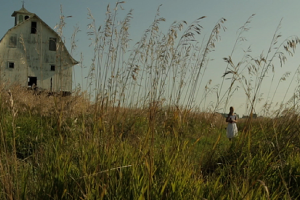 In 2015, Katarzyna Plazinska finished her Master of Fine Arts in Film Production at the University of Iowa, USA. Her film ‘Solace’ is representative of her unique style of filmmaking and her purpose as a director.

“In the beginning, there is always a space and mood that transform into precisely composed frames. The stasis of the composition is carefully disrupted by the movements of filmed subjects.

The tensions that are played out in time by stillness and movement, light and shadow, and also  sound,  subtly evoke the suppressed impulses of interacting surfaces: touched layers and objects, sounds encompassing the space, and bodies mediating the psychological interior through understated choreographed movements.

Whatever happens inside is the unknown mystery waiting to be uncovered. What happens outside is an invitation to experience the unknown.

Carefully constructed sound design allows me to heighten the conflicts and interplays between the forces crumbling from the periphery of the image and the figures occupying the composed space. In such a dynamic what is in the frame is as important as what is beyond it.” 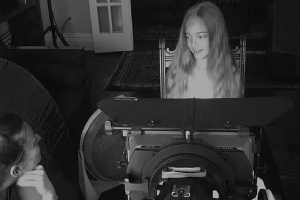 Film of the Week stands apart from the Official Selection process into the New Renaissance Film Festival. Being selected does not guarantee a place in the festival. However, from all the films of the week some will be chosen to be part of the festival, which will be held in Amsterdam (NL) in March 2017. A prize will be given to the overall winner.

Filmmakers will be notified in early January 2017 if they have been selected. The festival will take place in Amsterdam on the 3rd, 4th and 5th March 2017.